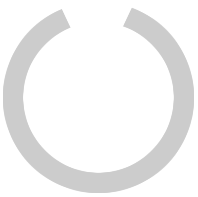 Founded by independent publisher Nobrow in 2012, ELCAF’s aim is to introduce and celebrate both small press publications and the dynamic community of individual artists and collectives that are pushing the boundaries of comics and illustration to a growing public. There has been an exciting growth within comics and narrative illustration – mediums which have moved from the peripheries into the mainstream focus.

In 2020 ELCAF celebrated its ninth edition digitally with a mini-programme of in-conversations, workshops, takeovers, exhibitor spotlights, carefully curated and delivered by a host of national and international artists, writers and illustrators.

In 2021 ELCAF will be celebrating it’s 10th Anniversary with a curated digital programme as well as a printed #ELCAF Haul of limited edition Zines, Posters, Postcards, Stickers and more!

Ruth Lie is a freelance curator and producer, who has particular experience in creative events commissioning and programming. She programmed the V&A Friday Lates from 2012 – 2014, working with and commissioning many illustrators and graphic designers, which developed her already existing love of illustration and graphic novels. She has worked with cultural organisations such as Wellcome Collection, the Museum of London, City of London, Culture Mile and NOW Gallery, and runs a children’s illustrated book review Instagram in her spare time.

Marianna Tassy is a freelance project and event supervisor with experience in the organisation of festivals, international events, exhibitions and video productions. She has recently been working with IllustraTour (International festival of Illustration) in Madrid, with BAD (Bergamo Animation Festival), with Art- Athina (International Fair of Contemporary Arts), Matadero cultural centre and Casa de Lector in Madrid and with SSFF (Skate & Surf Film Festival) in Milan. She currently lives in Milan, working with several creative agencies.

Nobrow was launched in 2008 by Sam Arthur and Alex Spiro with the aim of providing an independent platform for graphic art, illustration and comic art in the UK and abroad, and to become a leading proponent of quality in book design and standard bearer for original creative content. Since then, Nobrow strive to consistently publish books of the highest calibre and quality, both for their form and their content, working with only the best artists and illustrators in the world.

Ligaya Salazar is a curator and commissioner specialising in contemporary design, fashion and graphics. She has devised and curated over 100 projects including the V&A contemporary exhibition Memory Palace in 2013. She writes regularly on contemporary design and is Director of Fashion Space Gallery and Arcade East, London College of Fashion.

Joana Filipe is an Interiors and Exhibition designer. She is the founder and director of InterestingProjects. With clients such as Tate, London College of Fashion, Thames and Hudson and Greenpeace she has worked on various exhibitions from consultancy level to exhibition design.

Angela Sangma Francis is a writer and editor of illustrated children’s books. She has authored two books under Flying Eye Books, ‘Everest’, and ‘The Secret Lives of Unicorns’. Her list of clients include, Little Gestalten, Tate Publishing, Egmont, Thames & Hudson, and Hato. She currently lives in Berlin.