Welcome to two days of talks and panel discussions for the first ELCAF weekender. Below you’ll find the full line-up of talks taking place across both venues. Some talks are payable, some are free, but all have a limited capacity. These guys sell fast so make sure you books yours (or get in line early for the free ones). Enjoy! 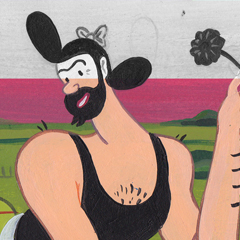 Brecht Vandenbroucke lives and works in Belgium and is an illustrator and cartoonist. He won the second prize in the Fumetto comics competition in 2009. His debut book White Cube which speculates on how we experience art, was published by Drawn & Quarterly in 2014. His often surreal images portrayed within painted comics are a fresh look at contemporary life and the absurdity of our world. 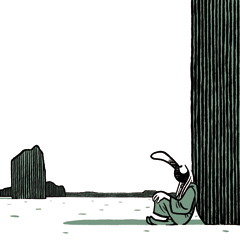 Acclaimed Spanish cartoonist and illustrator Francesc Capdevila – better known by his pen-name Max – is well regarded for his clear line style within strip cartoons. Having created popular characters such as Gustavo and Peter Pank, his latest creation Bardin has allowed Max full creative freedom away from editorial constraints. 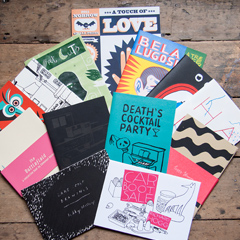 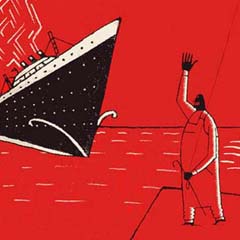 As one of the most prominent illustrators of children’s and young people’s books, Arnal Ballester is well versed in the publishing world as a book illustrator and cover artist. He has also recently worked within the animation field. He currently teaches as Professor of Illustration at the Massana School of Art and Design in Barcelona. 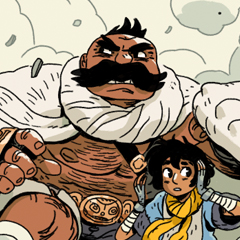 Sam Bosma is an artist, illustrator and teacher currently living and working in Brooklyn. He won a Silver Medal from the Society of Illustrators in the Institutional category of the Illustration Annual 54, and a Gold Award from Spectrum in 2013. His debut graphic novel FANTASY BASKETBALL! won the 2014 Ignatz Award for Outstanding Artist. 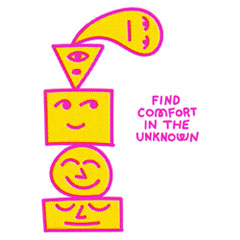 Illustrator, designer and educator Jason Sturgill is a member of Outcrowd Collective and has worked for the likes of Anorak Magazine, Nike, New Balance, Dark Horse Comics and Modernista! Based in Portland, Oregon, he’s inspired by the thrill of the unknown, finding inspiration where you would least expect to find it. 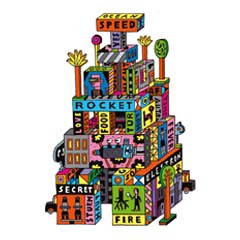 Henning Wagenbreth is a Berlin-based graphic artist and illustrator well known for his intense colour palettes and refined printing techniques. Manual and industrial printing are an important part of his design work – he makes his own typefaces. He has also worked within music, animation, film and theatre and is Professor of Illustration at the University of Arts in Berlin. 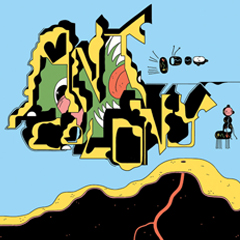 Canadian comics artist and illustrator Michael DeForge published his first full-length comic Lose #1 with Koyama Press in 2009, winning the Best Emerging Talent category at the 2010 Doug Wright Awards. His unique characters and hallucinatory artwork has made a huge mark within the alternative comics world. He currently works as a designer for Cartoon Network’s Adventure Time as well as working on his own independent projects. 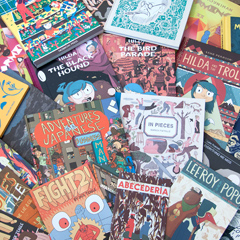 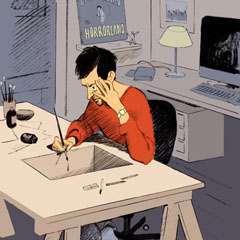 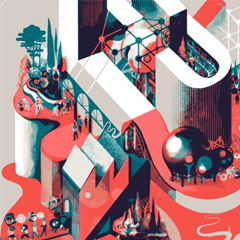 Icinori (also known as French design duo Mayumi Otero and Raphael Urwiller) publish beautiful drawings and prints. Their incredibly detailed illustrations are made into prints, books and pop-up books in order to fund their next projects, retaining their total independence as a publishing house. 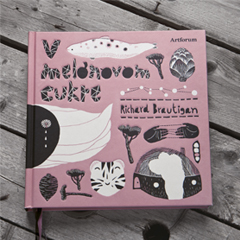 Daniela Olejnikova is Bratislava-based illustrator and graphic designer and one half of Studio Limb. Her work is based on traditional techniques such as linocut, as well as simple shapes, patterns and textures. She has published in the likes of Artforum and children’s magazines Vcielka and Zornicka. 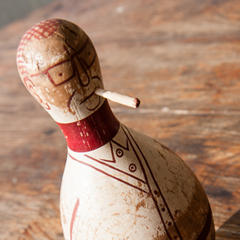 Steven Guarnaccia is an internationally renowned illustrator, author and designer. His current exhibition Fatherland (exhibited here at ELCAF 2015) turns his sketchbook into sculptural pieces and was first shown during the Bologna Book Fair in April 2015. He is the former director of the Illustration Program and was art director of the New York Times op-ed page. 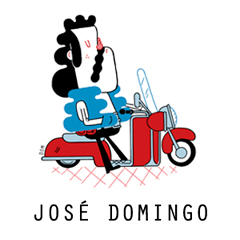 Spanish illustrator José Domingo has worked in a variety of fields – from comics and books covers to storyboards and children’s stories. He is a member of Polagia, a self-publishing collective and published his first full length comic Cuimhne in 2008. 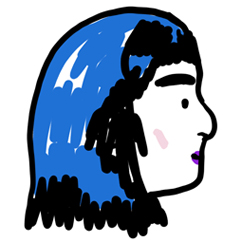 Canada based multi award-winning illustrator Jillian Tamaki is this year’s ELCAF artist-in-residence and special guest. Tamaki’s book This One Summer (written by Mariko Tamaki), was the winner of this year’s Printz Honor and is also the the first graphic novel to receive the Caldecott Honor (2015).